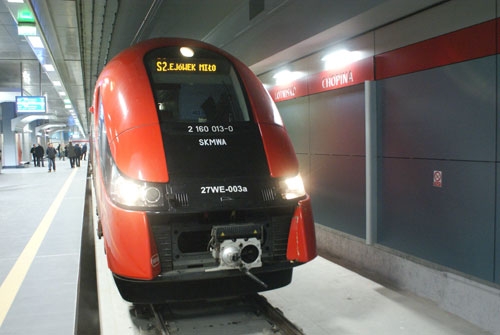 The first train ran over the 1.5km underground link from Zachodnia on April 20, and infrastructure manager PKP PLK says initial testing of signalling and power supplies has been successfully completed. SKM has taken delivery of 13 new class 27WE Elf emus from Pesa for the line.

Around half of the Zlotys 369m ($US 116.5m) cost of the project was met by European Union cohesion funding, with the remainder financed through loans and SKM's own resources.

The line is due to open this month for the Uefa Euro 2012 Soccer Championships, which are being jointly hosted by Poland and Ukraine. Line S2 trains will link the airport with Stadion station, which serves the recently-completed National Stadium.