AFTER months of uncertainty, the United States Federal Transit Administration (FTA) finally confirmed on May 22 that it will approve a $US 647m Full Funding Grant Agreement (FFGA) for the electrification of Caltrain’s 83.7km line from San Francisco to San Jose. 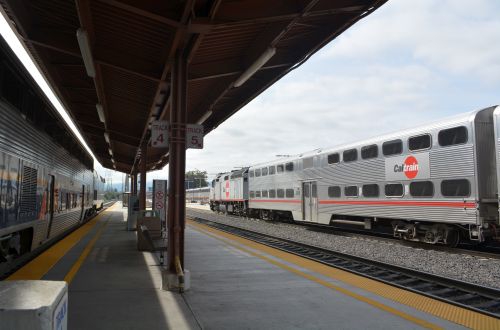 In February United States transportation secretary Mrs Elaine Chao ordered the FTA to suspend the FFGA for the Peninsula Corridor Electrification Project (PCEP) until after President Donald Trump had finalised his budget proposal to Congress.

However, California senator Mrs Dianne Feinstein announced on Twitter on May 22 that Chao had called her over the weekend to confirm that federal funding would be released.

Last September Caltrain awarded Balfour Beatty a $US 697m contract to electrify the route, while Stadler Rail was selected for a $US 551m contract to supply 16 six-car double-deck EMUs. When the contracts were awarded a deadline of March 1 was set for issuing the notice to proceed. However, in February the two contractors agreed to defer the deadline until June 30 pending a decision on federal funding.

The project has secured $US 1.3bn in local, regional and state funding and with Federal funding would be ready for the start of construction. Caltrain has worked with federal officials for two years to complete a thorough evaluation of the project, including intensive engineering assessments and federal vetting. Following the completion of this process the project was rated positively and met all of the statutory requirements needed to qualify for an FFGA.

Following the deferral of federal funding, the state administration and local government lobbied intensively to secure the FFGA.

“We are very thankful to Secretary Chao and the Trump Administration for recognising the value that Caltrain electrification will create for the Bay Area and the nation by easing congestion in one of the country’s most economically productive regions and creating almost 10,000 American jobs in the process,” says Caltrain general manager and CEO Mr Jim Hartnett. “Of course, this milestone is only possible because of widespread and vocal support from the communities we serve. Throughout this effort, Caltrain riders, businesses and residents throughout the region have been resolute in their support for a better Caltrain. We are very grateful, and we look forward to rewarding those efforts by getting to work right away building the transit system this region deserves.”