FIRST Capital Connect has been awarded a six-month extension to its Thameslink franchise while Britain's Department for Transport (DfT) assesses the bids from five companies for a new larger franchise which is due to start in September. 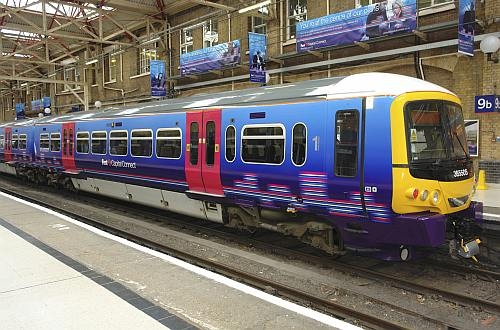 The Thameslink network currently connects Bedford, Luton Airport, central London, Wimbledon, Gatwick Airport and Brighton, but the new franchise will combine Thameslink with the entire Southern franchise as well Great Northern services currently operated by First Capital Connect from London King's Cross to Peterborough, Cambridge and King's Lynn. This will make it Britain's largest franchise carrying more than 280 million passengers a year on a new fleet of trains currently being built by Siemens.

Tenders were invited for the new seven-year Thameslink, Southern, Great Northern (TSGN) franchise in September 2013, and the DfT has received bids from: Abellio, Netherlands, First Group, GoVia (which currently operates the Southern franchise), MTR, Hong Kong, and Stagecoach. The winner will be announced in May.

The route is also the subject of a £6.5bn programme to upgrade the infrastructure in central London including the reconstruction of Farringdon, Blackfriars and London Bridge stations. Work at the first two stations has already been completed, but the much larger reconstruction of London Bridge and the track layout in the area will not be completed until 2018.