A 70:30 joint venture of FirstGroup and MTR took over Britain’s South Western franchise on August 20 from Stagecoach, which has operated the franchise as South West Trains (SWT) since the start of rail privatisation in 1996. 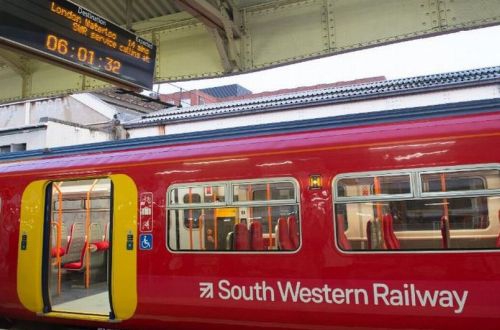 The new South Western Railway (SWR) franchise covers services radiating from London Waterloo to Windsor, Reading, Portsmouth, Southampton, Weymouth, Salisbury and Exeter. The contract will run until August 2024, with an option for an 11-month extension.
Mr Andy Mellors has been appointed managing director of SWR who will be responsible for operating almost 1700 trains per day and managing a workforce of more than 5000 people.

SWT was paying the highest premium to the Department for Transport of any British passenger franchise and this looks set to continue. During the 2015-16 financial year, SWT paid a premium of £388m. The joint venture has committed to delivering £2.6bn real net present value in premium payments over the seven-year duration of the franchise. First Group and MTR will provide a loan of up to £30m together with £88m (50% bonded) in subordinated continent loan facilities. It will also provide a £15m performance bond and season ticket bond of up to £80m.

The joint venture plans to invest £1.2bn during the franchise to increase capacity, accelerate services, and improve passenger facilities. This includes over £90m to improve stations with major refurbishment of Wimbledon and Southampton Central planned.

FirstGroup and MTR signed a contract in June worth around £895m with Bombardier for 750 Aventra EMU cars to be formed into 60 10-car and 30 five-car trains. The 750V dc third rail EMUs will enter service from mid-2019 and the entire fleet will be in service by December 2020. The 160km/h trains will increase peak capacity on suburban routes into London Waterloo by 46%, with the uniform fleet replacing class 455 EMUs dating from the 1980s and the fleet of 30 class 707 Desiro City EMUs currently being delivered by Siemens. The class 707 entered service last week on the Windsor line.

In addition, 18 refurbished class 442 five-car EMUs will be deployed on London Waterloo - Portsmouth services from December 2018.

Frequencies will be doubled on the lines from Waterloo to Windsor and Reading throughout the day and off-peak services will be doubled on the Southampton - Portsmouth line. A new Portsmouth - Southampton - Bournemouth - Weymouth service will be introduced although the London - Weymouth frequency will be cut. Weekend services will be increased with more than 400 extra trains across the network on Sundays.