Taiwanese contract is worth $US 451m. 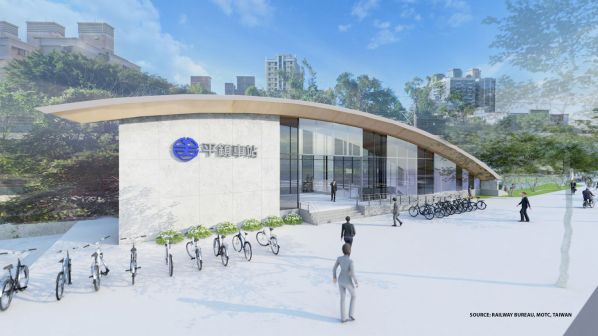 THE Railway Bureau of Taiwan’s Ministry of Transportation and Communications has appointed Gamuda of Malaysia as main contractor for Package CJ18 of the Taoyuan City Underground Railway Project, comprising the construction of a new underground alignment and commuter station at Pingzhen.

Gamuda says that the contract is worth Ringgit 2.13bn ($US 451m). It will be delivered by a 60:40 joint venture between Gamuda and Asia World Engineering & Construction (AWEC).

The project involves the construction of a new double-track alignment running underground for 3.73km and a new station at Pingzhen, and is due to take 96 months to complete.

The contract includes civil engineering and mechanical and electrical works for the new station.

The tunnel will be built using cut and cover, and the project will include the construction of a temporary station on the surface before the new underground facility is completed.

Tracklaying on the new underground alignment is to be tendered separately.

The city of Taoyuan has developed rapidly in recent years, and under the Taiwanese government’s strategic infrastructure plan the new underground alignment will optimise land use in Pingzhen district.

When completed, the project is expected to improve transport links for local residents and reduce traffic congestion in Taoyuan.

It is currently executing other civil engineering work in Taiwan, including the construction of bridges, sea defences and an underground 161kV electricity transmission line.