Gautrain expansion studies to start by end of June

THE Gautrain Management Agency (GMA) says it will commence feasibility studies on 200km of proposed extensions to South Africa's Gautrain commuter network by the end of June. 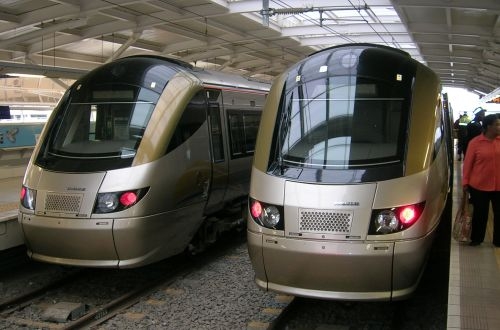 The plan foresees the development of four Gautrain branch lines that will feed into the existing Hatfield - Pretoria - Johannesburg, and Sandton - OR Tambo International Airport links. The proposals include extending the line from the existing stations at Park to Westgate; Rhodesfield to Boksburg; Sandton to Randburg and Honeydew; and from Naledi, in Soweto to Mamelodi, via either a proposed station at Samrand, or the existing station at Midrand.

According to South Africa's Engineering News, GMA has so far refused to provide a cost estimate for the proposed extensions. Environmental-impact assessments for the projects are expected to take place in the next 12 to 24 months, while the start of construction is envisaged in two years, dependent on securing government funds.

In the meantime several improvements to the existing services are expected to take place in the next three months, including the introduction of a seventh eight-car train during the morning peak. The Gautrain OR Tambo service will also start 30 minutes earlier in the morning and end 35 minutes later, while headways will be reduced from 12 to 10 minutes on the Pretoria – Johannesburg service meaning the addition of one extra train every hour.

GMA says the enhancements are necessary to meet a steep increase in ridership on the back of rising fuel costs and the recent introduction of e-tolling on the parallel highway.

Gautrain reported a ridership record on February 28 when 62,500 passengers used the service, up from 49,000 passengers as recently as November last year, while 23,000 daily passengers are using the feeder bus service. GMA CEO Mr Jack van der Merwe says he hopes that the steadily increasing ridership will enable a sharp decrease in the current Rand 850m - Rand 900m ($US 80.2 - 85m) subsidy paid to system operator Bombela in the next financial year.

He added that a business case will also be developed to purchase new rolling stock for the service, which will include exploring the use of the same rolling stock being supplied for the upgrade of the Metrorail commuter fleet by the Alstom-led Gibela joint venture.