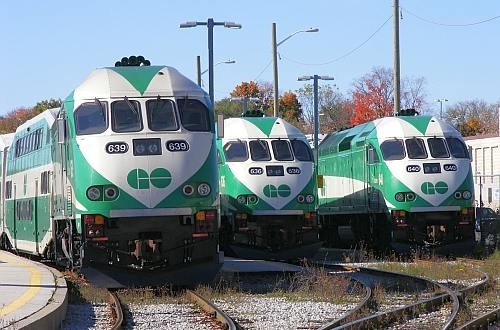 According to regional Toronto and Hamilton area transit authority Metrolinx, Go Transit has witnessed average annual growth of 5-7% in commuter rail ridership over the last decade, and trains have been extended from 10 to 12 cars to cope with rising demand.