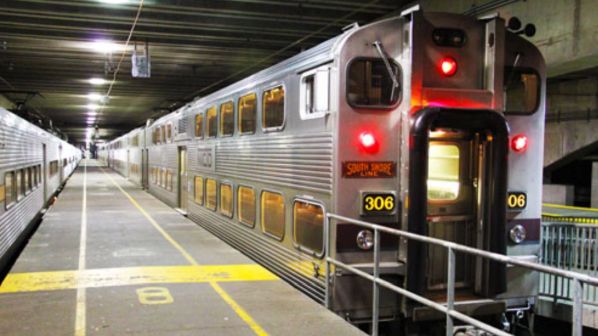 Slated for completion in 2024, the 12.5km extension will include four new stations - two in Hammond, one in Munster, and one at the border of Munster and Dyer. In July, NICTD awarded a nearly $US 555m contract to F.H. Paschen and Ragnar Benson (both based in Chicago) to complete design work and lead construction.

A $US 354.6m grant from the Federal Transit Administration Capital Investment Grants (CIG) Program, announced during the ceremony, will go toward the project, which is expected to cost a total of $US 944.9m. The state has committed nearly $US 255m to the project, and local municipalities and the Northwest Indiana Regional Development Authority, more than $US 335m.

“Receipt of this [Full-Funding Grant Agreement] for West Lake is the culmination of the incredible vision and leadership that so many in this area exhibited for the past three decades,” says NICTD/SSL president, Mr Mike Noland. “We look forward to our opening day of service in the spring of 2025, if not sooner.”

Earlier this year, NICTD received a $US 50.6m CIG grant for its Gary Double Track Northwest Indiana Project, which adds a 42.8km second track on the South Shore Line between Gary and Michigan City.

For detailed data on US rail projects, subscribe to IRJ Pro.