THE board of Helsinki Regional Transport (HSL) voted on February 13 to start the procurement procedure for an international competitive tender for the operation of the suburban rail network in the Finnish capital. 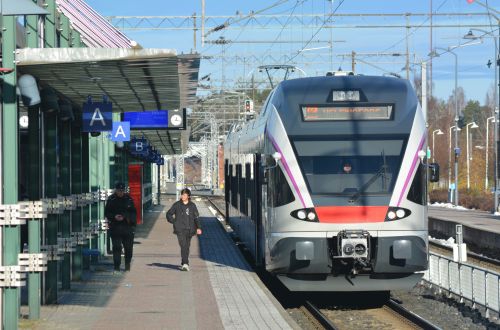 The contract will cover the operation of around 7 million train-km a year on the Helsinki Ring Rail, Helsinki - Siuntio, and Helsinki - Kerava lines. The annual cost of operations and train maintenance in the gross contract model is estimated to be between €50m and €60m.

The contract will have a minimum duration of 10 years, with options to extend the term by up to three years or cancel the agreement three years before expiry. This will enable HSL to accommodate the construction and commissioning of the Helsinki City Rail Loop.

The winning bidder will use the fleet of 81 Stadler Sm5 EMUs owned by leasing company Junakalusto and will also be responsible for maintaining the trains.

HSL directly awarded Finnish national train operator VR Group a five-year transitional contract in February 2015 after deferring plans for a competitive tender. VR confirmed on February 13 that it plans to bid for the contract, which is due to begin on June 27 2021.