THE first four of 66 EMU cars ordered from Hyundai by Denver Regional Transport District (RTD) for the city's commuter rail network arrived in Denver by rail on November 20. 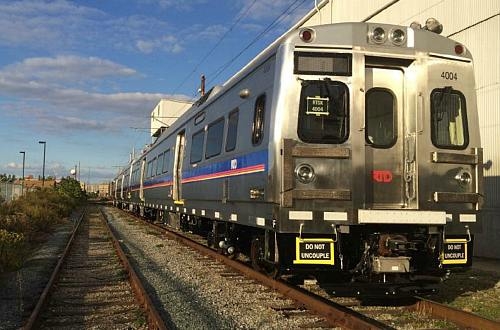 The 125km/h 25kV ac vehicles are being assembled at the Hyundai Rotem USA plant in Philadelphia, using bodyshells fabricated in Korea. Each 26m-long car accommodates up to 232 passengers, 91 of them seated, with two wheelchair spaces.

The fleet will be used on four commuter rail lines which are being built as part of RTD's ambitious FasTracks public transport investment programme. The East Rail line to Denver International Airport, Northwest Rail to Westminster, and the Gold Line to Arvada and Wheat Ridge are due to open in 2016, while the North Metro Line to Commerce City and Thornton will begin operating in 2018.

The East, Gold and Northwest lines are being built by Denver Transit Partners, an international consortium which will operate and maintain the lines under a 34-year contract with RTD. The total investment in these three lines is around $US 2.2bn.