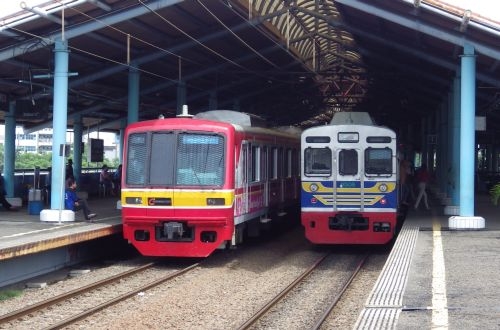 The railway wants to double the number of passengers using the Jabodetabek network from 600,000 per day to 1.2 million by 2019. To do so, it will need to expand its fleet from 860 cars to 1440 and extend station platforms to handle 10-car trains. At present, station platforms are only long enough for eight-car trains, but there are some stations in eastern Jakarta which can only accept five-car trains.

Meanwhile, on November 13, PT Kereta Api introduced a new diesel passenger service on the 32km line linking Mojokerto with Sidoarjo south of Surabaya in eastern Java. Six round trips a day are provided with trains taking 50 minutes to complete the trip. The line has two intermediate stations, including Tulangan (pictured below).