The new low-cost services would be operated by high-density 300km/h single-deck trains. 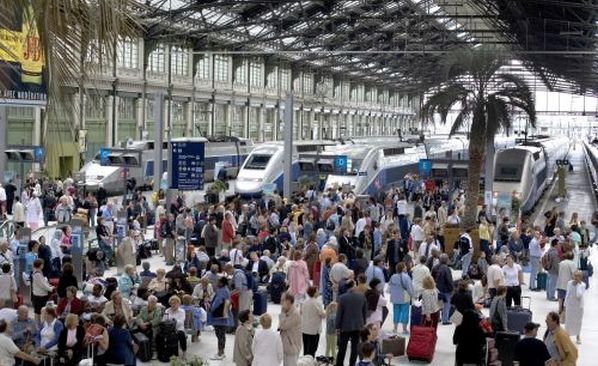 KEVIN Speed is the latest company planning to launch open-access passenger services in France, now that the market is, in theory, fully open. The company proposes to introduce low-cost commuter services on high-speed lines radiating from Paris and other major cities and poorly-served destinations less than two hours away in 2025-26.

The company is the brainchild of Mr Laurent Fourtune who was chief operating officer at Eurotunnel from 2018 to 2021 and before that worked for Paris urban transport operator RATP.

The company says it has signed a memorandum of understanding with a “major French manufacturer” to acquire high-reliability, low-maintenance single-deck trains with a maximum speed of 300km/h and rapid acceleration and braking. Trains would be shorter than existing TGVs and would have 3+2 high-density seating. In September Kevin Speed examined possible train interiors with design company Neomind.

Trains would operate six round trips a day with tight turnrounds at terminals while drivers would cover two round trips each. This should enable very low fares to be offered: €3 per 100km and €5 for 250km. There will be no seat reservations, but pricing will be subject to yield management.

Tickets would be sold through a mobile phone app, through which customers can also give feedback in order to improve the service offered and report quality problems. This “community” app could also allow regular passengers to communicate with each other to allow last mile car sharing, for example.