THE Turkish city of Konya is to build a 26km north-south suburban line to metro standards mainly following the alignment of the existing railway. 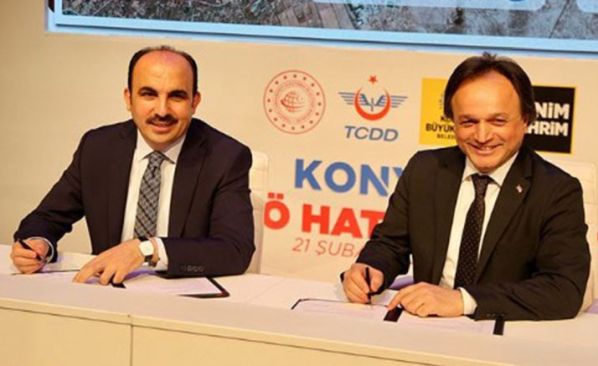 The Konya suburban rail project agreement was signed on February 21.

The double-track line will run from the Organised Industrial Zone, south via the airport, the new high-speed station and Konya’s main station, to Yaylapinar. There will be 19 stations in total. The Konyaray project will be implemented in two phases, with the 17.4km central section linking the airport and the city centre opening first.

When the entire line is completed it is expected to carry 90,000 passengers per day and will have an end-to-end journey time of 30 minutes, about half the time it currently takes by road.

Konya Metropolitan Municipality will be responsible for procuring the trains. Altay says the city also plans to build a 21km metro line. Konya already has a 25km north-south tram line.