KOREA's national passenger operator Korail has placed a Won 154.4bn ($US 138m) order with Hyundai Rotem for 22 EMUs for commuter services. The trains will be deployed on the Donghae Nambu line in southeast Korea and the new Seongnam - Yeoju Line, work on which is due to be completed by the end of 2015. 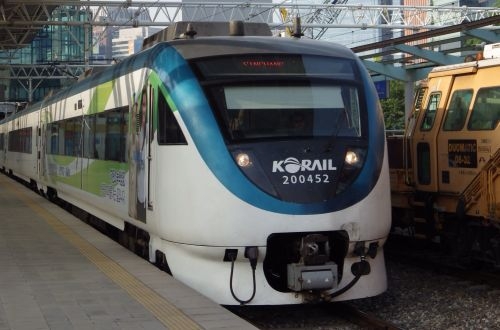 The 53.8km Seongnam - Yeoju Line will connect Pangyo in the southern outskirts of Seoul with Yeoju via Gwangju and Gonji-am. The double-track electrified line will have 11 stations and partially follows the former narrow-gauge Suryeo line. It will be incorporated in to the Seoul metropolitan network. Similarly the 72.1km Donghae Nambu Line is being upgraded to an electrified double-track line to relieve traffic congestion in Busan and Ulsan in southeast Korea.

The order is the first in Korea since the introduction in March of new rolling stock safety guidelines. Under the new system Hyundai Rotem is responsible for maintenance and repair for the cars under a warranty agreement with delivery set to take place from April 2016. Hyundai Rotem says that in order to reduce maintenance costs, it will endeavour to source most of the parts and components from domestic manufacturers.