THE mayor of Leipzig, Mr Burkhard Jung, says the city may have to build either a new tram tunnel or a second S-Bahn tunnel if it is to meet the needs of a rapidly growing population. 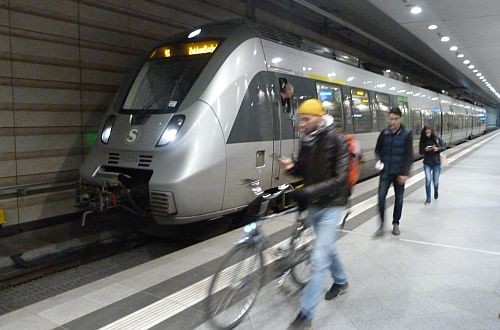 The population of Leipzig, which has the fastest growth rate of any major German city, is expected to increase by 150,000 to 720,000 within the next 15 years. In addition, around 4500 new cars are being registered in Leipzig each year which is increasing road congestion and pollution.

The existing tram and bus network carries around 145 million passengers per annum and has the capacity to grow to 180,000 per year. “If there are more than 180,000 then the system could collapse,” Jung says, which is when a new tram or S-Bahn tunnel would be needed.

The proposed S-Bahn tunnel would run east-west and interchange with the existing north-south S-Bahn tunnel at Leipzig main station. The tunnel would run from Lindenauer Markt in the west via Sportforum/Arena/University to the main station where it would split with one branch heading north via Friedrich-List-Platz to Leipzig East and the other heading east to Wilhelm-Leuschner-Platz.

“Safe. Clean and affordable for everyone – that’s how I wish Leipzig’s mobility to be in the future,” Jung says. He also wants the federal government to provide more money to help German cities meet their climate protection targets.