A CORE component of the Mid-German S-Bahn network was completed on December 14 when the €960m Leipzig City Tunnel was officially opened in the presence of around 4000 guests, including the president of the state of Saxony Mr Stanislaw Tillich, the mayor of Leipzig Mr Burkhardt Jung, and German Rail (DB) CEO Dr Rüdiger Grube. 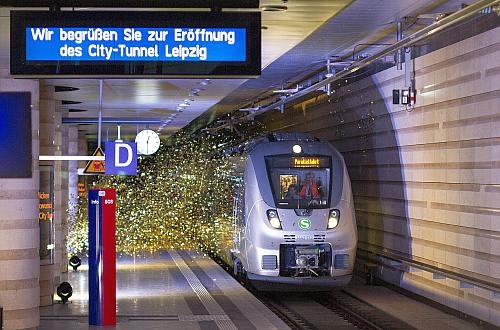 Public services began on December 15, initially with six S-Bahn trains per hour operating in each direction.

Construction commenced in July 2003 and the tunnel was connected to the mainline network in September, with test operation beginning on October 1.

The Mid-German S-Bahn network is operated by DB Regio using a fleet of 36 three-car and 15 four-car class 442 emus supplied by Bombardier.