TRANSPORT for London (TfL) has invited prospective operators to register their interest by mid-May for a new concession to run the London Overground rail network starting on November 13 2016 for a period of 7.5 years with an option to extend it by up to two years. 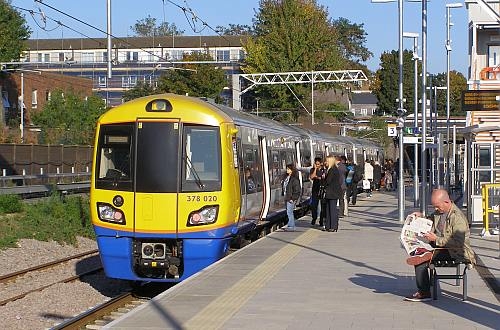 TfL will draw up a shortlist of bidders by this summer who will then be invited to bid for the concession. TfL expects to announce the winner by summer 2016.

Under the terms of the concession, TfL sets the fares, markets the services, and retains all revenue, while the operator is responsible for ticket retailing and revenue protection.

The network currently comprises three routes orbiting London, but it will be expanded on May 31 to incorporate commuter services operating from London Liverpool Street to Enfield Town, Cheshunt, and Chingford, as well as the Romford – Upminister shuttle.

TfL plans to introduce additional trains on the network to increase service frequency. There will be options in the concession to introduce all-night services at weekends and to extend the Gospel Oak – Barking service to Barking Riverside in 2019.

The concession is currently operated by London Overground Rail Operations, a 50:50 joint venture between MTR Corporation and Arriva, a subsidiary of German Rail (DB).