NEW YORK state governor Mr Andrew Cuomo has revived plans to construct a third track on a congested section of the Long Island Rail Road (LIRR) Main Line as part of his 2016 agenda, which was announced on January 5. 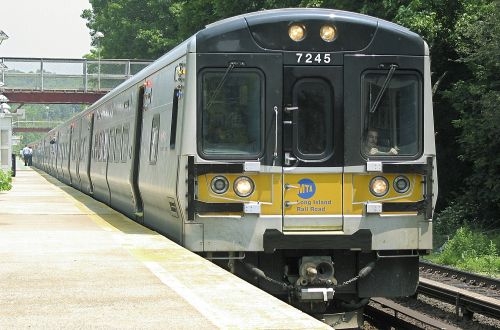 Under the proposals outlined by Cuomo, the 15.7km section from Floral Park to Hicksville, which is used by services from New York to Port Jefferson, Oyster Bay, Ronkonkoma, and Montauk, will be widened from two to three tracks.

This stretch of line is used by around 40% of LIRR passengers, but capacity is severely constrained at peak times, when both tracks are used to operate trains either into or out of the city, limiting the potential for journeys within Long Island. The addition of a third track will enable bidirectional peak operation and also reduce the risk of delays spreading across the network when failures occur.

The project is forecast to cost $US 1-1.5bn and while New York Metropolitan Transportation Authority's current five-year capital plan does not allocate any funding for the scheme, Cuomo says the New York state government will make several million dollars available this year for planning.
Previously the state envisaged constructing a third track on an 18.5km section of the route, but this would require the compulsory purchase of 250 properties. The revised proposal would largely use the railway's existing right-of-way and therefore requires the acquisition of just 50 properties, only 20 of which are homes. In most cases, only a 1.5m-wide strip of land will need to be purchased.

"When I first came to the LIRR, I was impressed with the magnitude of the operation, and the lengths that our people go to think creatively to overcome challenging situations," says LIRR president Mr Patrick Nowakowksi. "But I was very surprised that an operation of this magnitude – the central spine of the busiest commuter railway in the United States – was at its heart very fragile. A third track will enable us to provide a better experience for our customers with better on-time performance and fewer hassles from delayed trains. And it will attract new customers to our environmentally friendly mode of transportation."