THE autonomous region of Madrid is to mothball a suburban line opened just eleven years ago, which connects the capital with the Warner Bros amusement park and the town of San Martin de la Vega, which has a population of 19,000. 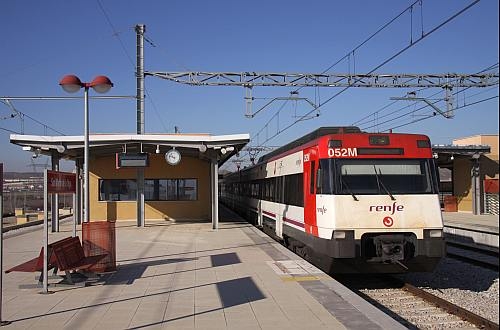 Electrification, signalling and safety systems are being removed by debt-ridden infrastructure manager Adif, which will reuse most of the equipment elsewhere on the conventional network. Rails and ballast are expected to remain in place for the time being, but the line will be unusable for passenger trains, as stations are also being dismantled.

The 15km double-track branch off the Madrid-Valencia main line opened in April 2002 after an investment of more than €112 million (adjusted for inflation), just in time for the inauguration of the adjoining theme park, in which the regional government eventually held a 46% share.

It was constructed and owned by the autonomous region of Madrid, managed by Adif and operated by Renfe.

Due to low demand, the line was operated by a single emu shuttling each hour between the park and Pinto, where passengers had to transfer to mainline suburban trains. A single direct service also ran on Saturday, the only train to use the specially-constructed flyover over the main line.

In January 2012, the regional government decreed its partial closure and announced that services would operate only during the theme park season. Four months later, however, services were withdrawn after ridership had dwindled to a mere 190 passengers per day.

The withdrawal of passenger services and mothballing of the line is expected to generate savings of €3.3m per year.