THE government of the Australian state of Victoria has announced three consortia have been shortlisted for the $A 6bn ($US 4.6bn) public private partnership (PPP) to build a new rail tunnel through Melbourne. 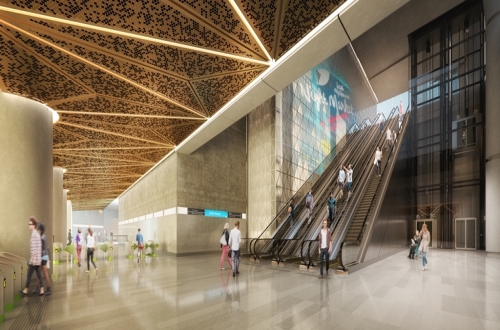 The tunnel PPP contract is the single largest component of the A$ 10.9bn Metro Rail project, which is designed to increase capacity on Melbourne’s suburban rail network.

The shortlisted bidders are:

Up to six tunnel boring machines (TBMs) will be used during construction, excavating around two million cubic metres of soil and rock.

Passenger numbers at the existing five City Loop stations are projected to almost double from 580,000 passengers a day to 1.1 million by 2031. Once operational, metro tunnel's CBD North and CBD South stations will provide a more even passenger flow, with crowding across all City Loop stations expected to drop by about 20%.

The shortlisted bidders will be asked to submit a formal proposal by early 2017, with a contract expected to be awarded by the end of 2017 and work commencing in 2018.