THE board of Chicago commuter rail operator Metra has given the agency the go-ahead to issue Requests for Proposals (RFPs) for the procurement of new locomotives and coaches as it begins the replacement of its ageing fleet. 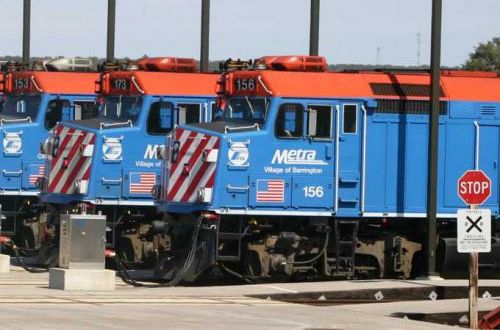 Metra has allocated around $US 200m for rolling stock purchases over the next five years, although the continuing rollout of Positive Train Control (PTC) could consume some of these funds. The board of directors has asked the operator to consider alternative forms of procurement, such as leasing, to maximise the use of available resources.

The RFP for coaches will be issued next week and calls for at least 25 double-deck vehicles, although Metra says the final number of vehicles ordered will depend on the responses it receives. The contract is due to be awarded in the first quarter of next year.

An RFP for a minimum of 10 locomotives will be issued in the third quarter of this year, with the aim of awarding a contract next year. Deliveries would begin in 2020.

Metra’s 2014 modernisation plan called for the purchase of 52 locomotives and 367 coaches. However, the plan was dependent on securing $US 1.3bn in additional funding, primarily from a state bond programme. As it was unable to obtain these funds, Metra says it will now attempt to acquire as many locomotives and coaches as possible through existing funding sources.

Rolling stock renewal is a key priority for the operator, with the average age of the fleet now at 28 years.