TORONTO and Hamilton transit authority Metrolinx has announced it will acquire a 53km stretch of Canadian National's Guelph Subdivision from Georgetown to Kitchener in a deal worth $C 76m ($US 69m). 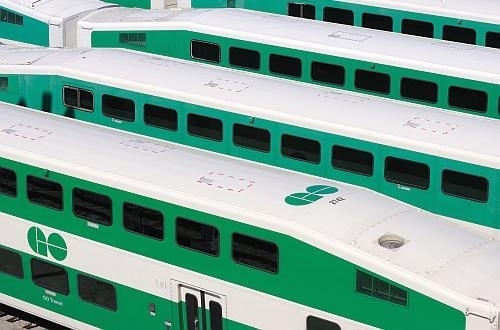 The line is primarily used by Go Transit commuter services, although CN will retain running rights for freight trains following the transfer of ownership.

"Ontario is taking the next step towards two-way, all-day Regional Express Rail service along the Kitchener line," says Metrolinx president and CEO Mr Bruce McCuaig. "Ownership and control of our infrastructure is key to improving the existing service and planning for even more service on this line in the future."

Go Transit will double its Kitchener - Toronto services in 2016.