SEVEN stations on the 85km Line D4 of Moscow Metro’s Central Diameters (MCD) suburban rail project will open in 2021, according to the city’s Department of Transport. 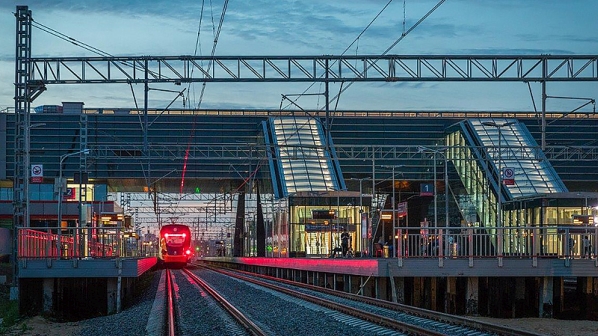 Line D4, scheduled to be completed by 2024, will connect the commuter towns of Aprelevka in the west and Balashikha in the east, via the city centre, serving 38 stations. Four Line D4 stations opened in 2020.

The MCD project aims to create five at-grade suburban lines connecting the city’s outer suburbs to the centre. The first two lines, Line D1, which connects Odintsovo and Lobnya, and Line D2, which connects Nakhabino with Podolsk, opened in November 2019. The final three lines are expected to open by 2025.

“The demand for new stations depends not only on their modern infrastructure, but also on their integration into transport system,” says Mr Maxim Liksutov, Moscow’s deputy mayor for transport. “Our aim is to create the most developed public transport network possible in and around Moscow so that passengers could use more logical and fast routes instead of the usual ones.”