THE government of New South Wales issued a draft 20-year transport plan today which outlines around $A 100bn ($US 104.24bn) in improvements to transport infrastructure in the Sydney metropolitan area. 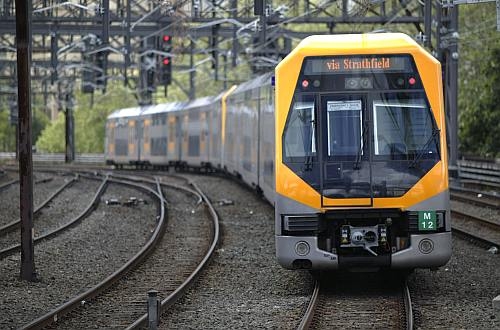 Rail projects feature prominently in the plan although transport minister Ms Gladys Berejiklian and premier Mr Barry O'Farrell have been criticised at this stage for failing to include details of when certain projects will be completed and how much they will cost. The final plan, which is set to determine priorities, timelines and further financing solutions, will be released in November and is designed to build on the $A 13.1bn allocated to transport infrastructure in the 2011-12 state budget and the $A 13.2bn allocated in 2012-13.

The addition of a second harbour crossing is perhaps the standout project proposed in the 370-page document. The crossing is a long-term goal which would be completed in 10-20 years and would add a new line from Redfern to Chatswood via Sydney's Central Business District improving access to the CBD and increasing capacity on the existing north-south corridor.

The plan also commits to construction of the 23km north west rail link to the city's northwestern suburbs, which has been proposed since 1998 and would be completed by the end of the plan. Completion of the 11.4km southwest rail link, which got underway in 2010 and will serve as an extension of the CityRail commuter network by providing new links to Leppington and Edmondson Park, is another major priority.

A major overhaul of passenger rolling stock is another critical component of the plan. New single-deck high-capacity trains will be added to existing suburban and inter-city trains creating a third tier of high-capacity rapid transit services. The government report says that this will change the culture of rail travel in Sydney where passengers will be able to turn up and go rather than depending on less-frequent timetabled services. The plan also includes the introduction of an integrated transport ticketing system known as Opal that will encompass all public transport services in Sydney as well Hunter, Illawarra and the Blue Mountains.

Light rail projects will likewise benefit including the 5.6km Inner West extension from Lilyfield to Dulwich Hill, and new schemes within the CBD, although no specific commitments are made. New light rail schemes are also likely to be considered in other areas but again no precise projects were outlined.

Freight services are also set to be improved, specifically through a $A 1bn investment in Stage 1 of the Northern Sydney Freight Corridor. Work will also take place in conjunction with Australian Rail Track Corporation to complete the Southern Sydney Freight Line which will provide a freight only line from Port Botany to Macarthur. Long-term goals include developing a plan for a Western Sydney freight line.