The line will enable an 18-minute journey time from the city centre to Perth Airport. 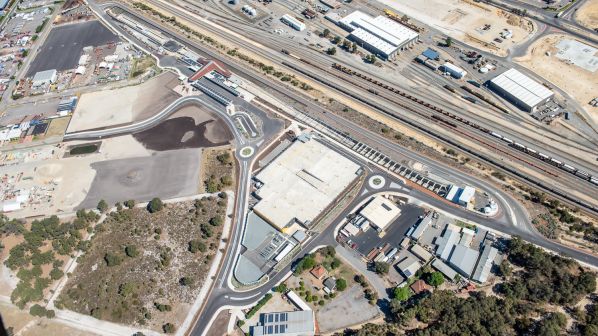 METRONET, the agency tasked with overseeing the expansion of Perth’s public transport network, has announced that the 8.5km, $A 1.86bn ($US 1.3bn) Forrestfield - Airport line is set to open to passenger traffic on October 9.

Complex testing and commissioning, including a series of emergency response exercises, is currently entering the final stages, with driver training now underway.

Connecting with the Midland Line at Bayswater Junction, the Forrestfield - Airport Link will enable an 18-minute journey time by rail from the city centre to Perth Airport, as well as providing more transport options for residents in the eastern suburbs.

The underground line will also have stations at Redcliffe and High Wycombe.

Redcliffe station is located 9km from central Perth, at the junction of Brearley Avenue and Dunreath Drive, and will serve the surrounding residential area as well as the airport business park and a factory outlet retail complex. The station will include a bus interchange and 500-bay car park.

High Wycombe station is located adjacent to Dundas Road, east of the Forrestfield freight marshalling yard and south of Maida Vale Road, and will provide a 20-minute journey time to the city centre and a two-minute journey to Perth Airport. The station precinct also incorporates a bus interchange, 180 secure bicycle bays and parking for up to 1200 vehicles.

The first full six-car C-series train built in Perth, which will be used to replace existing fleets and for the Metronet project, has completed high-voltage testing and will move out of the Bellevue workshops within the next month for extensive dynamic testing.

Alstom was awarded a 10-year, $A 1.6bn contract to deliver the Metronet Railcar Programme in 2019 and will supply 246 new-generation C-series cars, including 102 for Metronet and 144 to replace A series EMUs, as well as six DMUs to replace the Australind trains used on the line linking Perth with Bunbury.

The first C-series train will now undergo 12 months of testing on the Mandurah and Joondalup lines, outside of operating hours, to test it in a live environment. This will include testing braking and acceleration, operational systems, passenger comfort and energy consumption to ensure the train is ready for passenger service from late 2023.