MONTREAL Metropolitan Transport Network (RTM) has unveiled a $C 450m ($US 344.7m) five-year plan to improve service reliability on all of its lines with investment in infrastructure, rolling stock, operations, and maintenance, as well as an enhanced winter operation plan. 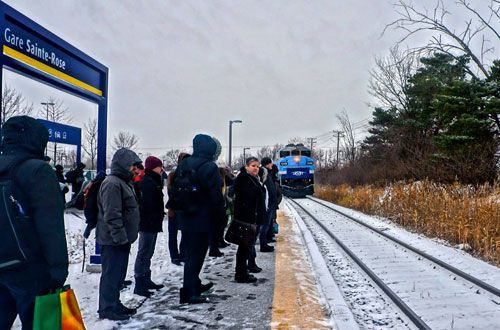 RTM says that in addition to the programme, it will implement a service guarantee that will offer user compensation options in the form of discounts or free train tickets.

RTM says it is aiming to achieve punctuality of 95% or higher, but prefaced that can only happen with constant coordination with Canadian National (CN) and Canadian Pacific (CP). RTM says the improvement plan was developed with its freight railway partners, as well as input from the regional transport authority, Quebec’s Transport Ministry, and Bombardier, which operates RTM’s commuter rail services.

Highlights of the plan include replacing electrical components in switching systems to prevent snow build-up and freezing; bridge repairs on the Deux-Montagnes line; additional storage tracks; and a new locomotive test and wheel reprofiling building at Lachine Maintenance Centre. Additionally, a new depot will be built for the Mascouche line.

The fleet of MR90 EMUs used on the Deux Montagnes line will be refurbished, 20 additional double-deck locomotive-hauled coaches will be ordered, and and RTM will replace 10 F59PH diesel locomotives with new traction, which will offer improved haulage capability and lower emissions.

RTM will also acquire new equipment and hire additional staff to improve operational performance in winter, with a focus on reducing delays caused by switch and signalling problems.

Regarding the new winter operation plan, RTM says it will work to prevent delays caused by switch and signaling problems with additional staff and equipment acquisitions.