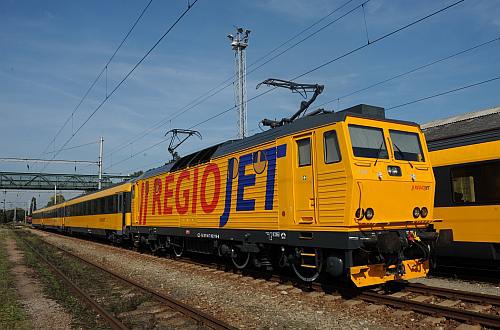 RegioJet submitted the lowest bid of Koruna 149m ($US 6.8m), around 148 Koruna per train-km, to operate regional services on six routes around the northern city of Ústí nad Labem, and is now in final negotiations with the regional government to finalise the contract.

National operator Czech Railways (ČD), Arriva and Leo Express also submitted offers for the contract. Local media reports suggest the RegioJet offer was around Koruna 50 lower per train-km than the next lowest competing offer. The 10-year contract, which will run from December 2019, includes:

The Ústí nad Labem regional government has signalled its preference for the new operator to use EMUs rather than DMUs, which incumbent ČD uses for some services on the almost entirely electrified network. The only non-electrified section is the 2km between Litvínov and Louka u Litvínova, which is due to be electrified by national infrastructure manager SZDC by the end of 2019. Local media reports suggest RegioJet intends to obtain a fleet of seven new EMUs from Polish manufacturer Pesa to operate the services.

ČD will continue to operate part of the service on the routes using the fleet of Skoda RegioPanter EMUs, which were bought specifically for services on the Litvínov to Ústí nad Labem and Děčín to Kadaň via Ústí and Most routes in 2011.