BADEN-Württemberg ministry of transport and the state's transport authority NVBW have published a tender notice in the Official Journal of the European Union for a 15-year contract to operate the Rhine-Neckar S-Bahn Network 6b service group. 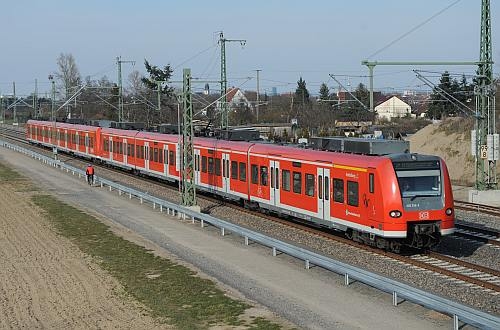 The contract covers the operation the following services from December 2019:

The winning bidder will also operate - Worms - Mainz S-Bahn services from December 2021, which will require splitting and joining of trains en route.

In total, the contract will cover the operation of around 6 million train-km per year by 2021.

The tender calls for the procurement of new rolling stock for these services and the tendering authority will consider two different financing models for the new trains. The first is the so-called classic model, whereby the winning bidder will arrange acquisition of the rolling stock itself. Under the second method, which is known as the Baden- Württemberg model, the winning bidder will order and take delivery of the trains, but will immediately sell them to the public transport authority, which in turn will make the fleet available to the operator.

The closing date for bids is November 13.