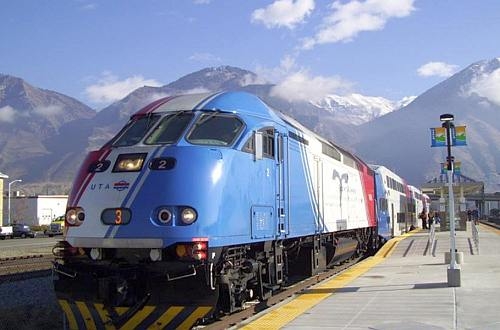 Construction began in August 2008 on the 72km line, which parallels the existing Union Pacific freight line south of the city into Utah County, with six new park-and-ride stations.

With a maximum line speed of 127km/h, the journey time between Salt Lake Central and Provo is around an hour and ridership is expected to reach around 8000 passengers per day by 2015.

The project is part of UTA's Front Lines 2015 programme, which will add 112km to Salt Lake City's 102km commuter rail and light rail network by 2015.