PLANS for a second east-west S-Bahn tunnel beneath Munich city centre received a significant boost on June 9, when Germany's Federal Railway Authority (EBA) approved a construction permit for the western section of the route under Munich Main Station. 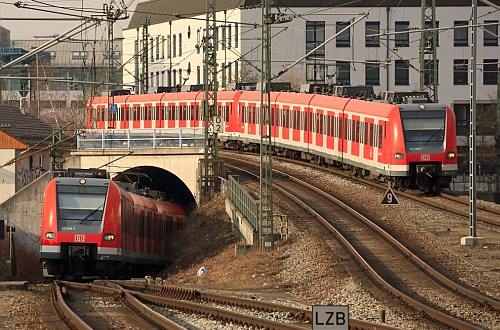 The 14km link from Laim in the west to Leuchtenbergring in the east will parallel the existing line, which carries up to 60 trains an hour and has reached its capacity limit, with a 7km twin-bore tunnel between Donnersbergerbrücke and East Station. The project will include the construction of three new underground stations at Munich Main Station, Marienhof, and Munich East, and becuase of the existing S-Bahn and U-Bahn tunnels these stations will be constructed at a depth of around 40m.

The EBA approval covers the 5.3km western section of the line. A construction permit was granted at the end of 2013 for the adjoining section from the River Isar to Marienhof station. One further permit for the eastern section is still awaiting approval.

"As we have agreed with the state of Bavaria, we will now tender the first major construction lot," says German Rail (DB) board member for infrastructure and services Dr Volker Kefer. "This will show whether we are correct in our cost calculations."

The initial construction tender will cover the section of tunnel between Donnersbergerbrücke and Marienhof, including the new platforms beneath Munich Main Station. DB says it expects to receive bids by the end of this year or early next year, which will enable the Bavarian state government to make a final decision on whether to proceed with the project.

The total cost of the link is forecast to be €2.05bn, with €1.27bn coming from the state of Bavaria, €493m from the federal government, €133m from DB and €147m from the city of Munich.
DB says the new tunnel will not only relieve a major bottleneck in the city's transport network but also provide a basis for improved links between the city centre and the airport.