SOUTH Africa's Treasury is being blamed for a four-month delay in concluding the country's largest rolling stock contract and for putting a cap on the total cost which could reduce the number of commuter trains being acquired. 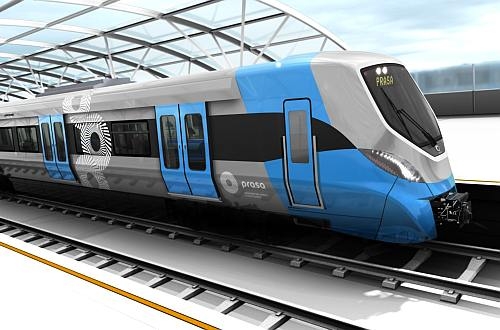 Financial close of the Rand 51bn ($US 4.8bn/€4bn) 10-year contract for the Gibela consortium, in which Alstom is the main player, to supply 600 X'Trapolis Mega EMUs to the Passenger Rail Agency of South Africa (Prasa) was originally expected in December 2013, but has only just been concluded.

The Treasury says it needed more time for consultation over such a large project before it could approve the deal. In addition, the Treasury, which initially indicated that it would fund only Rand 40bn of the total cost, has made Rand 53bn available, by adding Rand 2bn from contingency funds. However, this excludes the effects of inflation and foreign currency exchange fluctuations.

Prasa has warned that should the cost of project exceed this limit it might have to buy fewer vehicles than the 3600 cars planned. Since September 2012, when the bid was submitted, the rand has depreciated by more than 40% against the euro.

For the first five years of the contract, Gibela will be responsible for hedging currency fluctuations at no cost to Prasa. Thereafter, the deal converts to a multi-currency arrangement and the Treasury would hedge the rand, mainly against the euro.

The first 20 trains will be produced at Alstom's Lapa plant in Brazil, before production switches to a new facility in Dunnottar, 50km east of Johannesburg. Under the contract, Gibela will provide technical support and spare parts for 18 years.