The project is estimated to have cost $A 842m. 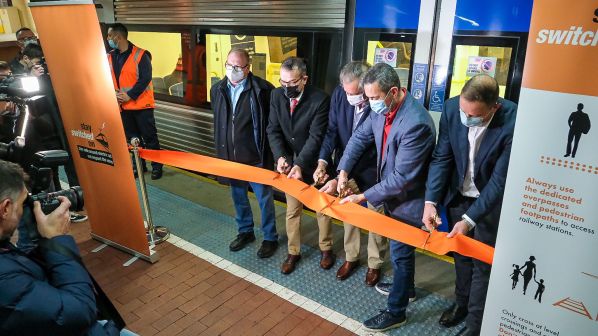 THE first electric services operated on the 42km Adelaide - Gawler rail line in South Australia on June 12, following the reopening after an 18-month shutdown to complete electrification work.

Overhead 25kV ac electrification has been installed while 14 stations are being upgraded with new and refurbished shelters and LED lighting, while the line’s 13 passive pedestrian level crossings have been upgraded to active status and fitted with warning equipment.

Funding from the state and federal governments was allocated as long ago as 2008 for the project, which was delayed for over a decade by political infighting and budgetary constraints. Work recommenced in 2019, although the final completion date was delayed several times due to the Covid-19 pandemic.

The previous state government estimated the total project cost at $A 842m ($US 588m) earlier this year.

Services will be provided by 12 Bombardier three-car EMUs, similar to those already in use in Adelaide. However, production delays mean final deliveries are not expected until mid-2023, and until then a mix of electric and diesel rolling stock will operate on the route.

“We recognise the prolonged closure of the Gawler rail line has been extremely inconvenient, but the opening today will be a game-changer for the people of the northern suburbs,” Koutsantonis says.