BRITAIN’s Department for Transport (DfT) has cancelled the competition to operate the Southeastern franchise and awarded incumbent operator Go-Ahead Southeastern a direct-award contract extension that will run until April 2020. 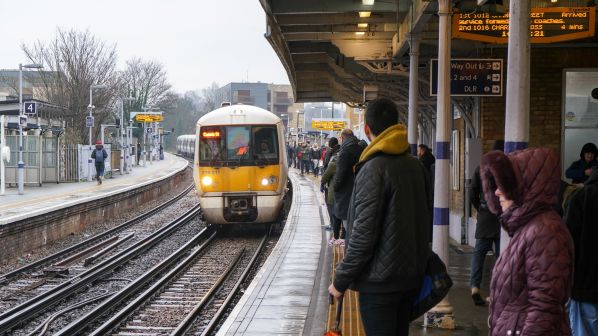 The Southeastern franchise covers commuter services from London to East Sussex and Kent together with suburban services in south London and high-speed commuter services from London to Ashford, Faversham and Dover via High Speed 1. Govia, a joint venture between Go-Ahead (65%) and Keolis (35%), has operated the franchise since April 2006 with the current direct award contract commencing in June. The joint venture also operates Govia Thameslink Railway.

A DfT spokesman told IRJ there had been “significant concerns” that continuing the competition process would lead to additional costs to the taxpayer, with no certainty that this would deliver envisaged benefits for passengers in a timely fashion.

“The department will use this period to develop a solution that delivers the capacity and performance benefits that passengers are expecting, and ensure that the recommendations of the Williams Review can be implemented,” he said.

Mr Keith Williams, who is leading the independent review into the industry, has said that the current rail franchising system no longer meets the needs of passengers and should not be allowed to continue in its current form, with his final report including alternative models due to be released in the autumn.

DfT says the extension will ensure continuity of services for passengers and allows the continuation of enhanced compensation of Delay Repay 15 first delivered through the direct award. This means an improvement from the previous limit of delays of 30 minutes or greater.

Following non-compliances across all previous bids, DfT completed a rebid process in August 2018. The department continued its evaluation of the bids and sought to finalise the competition in a manner that maximised the benefits to passengers and taxpayers.

The spokesman said the department had made every effort and considered all possible options to complete the competition, including a further rebid.

“However, it has been determined that, on balance, considering the wider public interests and timely delivery of passenger benefits, cancellation is the option which will deliver the best outcome for passengers,” he said.

“A lot of hard work was put into a strong bid that would have built upon the achievements of Southeastern in recent years in improving performance and customer satisfaction, delivering more capacity and investment,” says Go-Ahead chief executive, Mr David Brown. “Whilst we’re disappointed that our original bid is not being taken forward, we will engage with the DfT on next steps.”

“We’re proud to have delivered more than £80 million of improvements for passengers since we began a new Direct Award contract in 2014,” says Southeastern managing director, Mr David Statham. “Punctuality has improved by nearly 10% in two years, we’ve introduced free Wi-Fi on our trains and boosted capacity on board with 5000 extra seats.

“Over this next extension period, our focus remains squarely on our passengers, delivering more improvements and continuing to improve the punctuality and reliability of our services.”