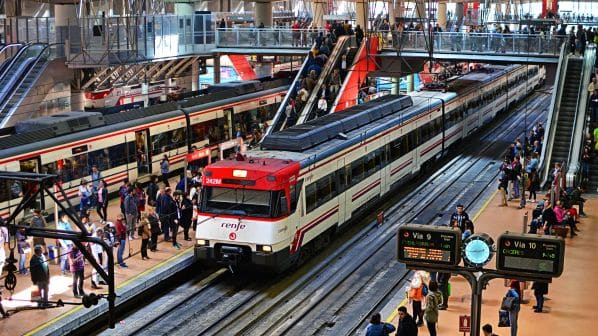 SPAIN’s Ministry of Transport, Mobility and Urban Agenda (Mitma) says that Renfe has issued more than 1 million free suburban and medium distance train tickets since the initiative began on August 24.

Renfe has created a ticket for each suburban rail network which provides free travel for users who make 16 or more trips during the four-month period. Passengers must pay a deposit of €10 euros to acquire the new ticket which will be refunded once the 16 trips have been made.

The tickets are valid from September 1 until December 31 and of those sold, 77% are tickets to travel in the different Cercanías hubs.

In addition, Renfe has sold some 14,800 multi-trip tickets for Avant AVE services. The tickets offer a 50% discount and are valid on medium-distance Avant public service obligation services and on some high-speed AVE services for journeys of 100 minutes or less until January 31, 2023.

Mitma says that by taking cars off the road, the initiative is expected to save 118 million litres of gasoline and cut the release 360,576 tonnes of CO2 into the atmosphere.