STAGECOACH, one of three groups selected by Britain’s Department for Transport (DfT) to bid for the new South Eastern franchise, has invited Alstom to join its bidding team. Provided the DfT approves the deal and Stagecoach wins the franchise, Alstom will hold 20% of the share capital of the new train operating company. 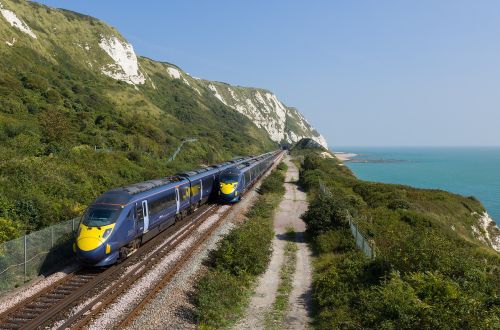 The new South Eastern franchise will be run by a joint team from the operator and Network Rail under a single director who will be responsible for day-to day performance and accountable to passengers.

“Our proposal for a collaboration with Alstom to bid for the South Eastern rail franchise aims to combine Alstom’s knowledge of infrastructure and rolling stock, with our operational expertise and customer service focus,” says Stagecoach’s chief executive, Mr Martin Griffiths. “The proposed arrangement supports our vision of delivering a more integrated and innovative rail service... on what is one of the busiest rail networks in the UK.”

The Trenitalia UK subsidiary of Italian State Railways was also selected to bid, but subsequently withdrew.

The new operator will be expected to:
• operate longer trains and upgrade or replace older trains, creating space for at least an extra 40,000 passengers
• introduce WiFi on all services
• introduce an improved compensation system for passengers to provide a refund after 15 minutes
• introduce smart ticketing, including a pilot for pay-as-you-go,
• remove first-class accommodation on all services within 18 months of taking over the franchise, and
• improve customer service.