THE mayor of Toronto Mr John Tory confirmed on January 19 that plans to expand the commuter rail network west of the city will be dropped in favour of a light rail alternative after a study highlighted concerns over construction costs and ridership projections for the heavy rail option. 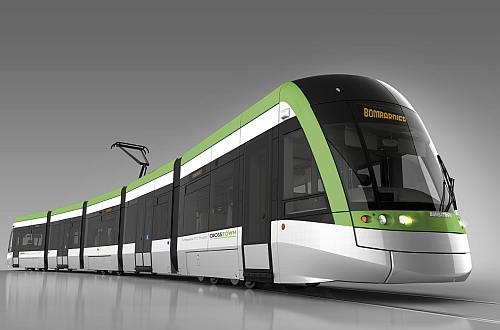 The SmartTrack Western Corridor feasibility review, which was carried out by engineering consultancy HDR, examined options for constructing a heavy-rail line from Mount Dennis to Mississauga Airport Corporate Centre (MACC), which would operate as part of the proposed Regional Express Rail (RER) network.

Two corridors were examined in the study, one passing through Eglinton and the other following the existing Go Transit Kitchener Line before turning south past Pearson Airport to Macc. The western extension of the Eglinton Crosstown light rail line provided the reference case for the review.

This analysis found that the Kitchener route option would require extensive tunnelling after leaving the GoTransit line, and significant expansion of the existing infrastructure would be required to accommodate envisaged service levels. The report suggests that for both options two extra tracks could be required as far as Union Station introducing "untenable costs and concerning community impacts."

The Eglinton route would require extensive property acquisition in several areas with significant impacts on the road network during construction.

These issues are reflected in the cost projections. The cost of the Kitchener option is estimated at $C 3.6bn-4.8bn ($US 2.5bn-3.3bn) with a price range of $C 3.7bn-7.7bn for the Eglinton alignment. These estimates do not include the construction of additional tracks on the Kitchener Line. Extension of the Eglinton LRT to MACC would cost around $C 1.3bn.

Ridership was also found to perform poorly compared with light rail, with 86,886 passengers per day forecast by 2031 on the Kitchener route option and 76,617 on the Eglinton corridor (based on a 15-minute interval service), compared with 105,331 for Crosstown West LRT.
The study therefore concludes the light rail option would "provide excellent rapid transit for this part of the city."

Tory told journalists on January 19 that he will take the "honest and responsible" approach and adopt the recommendations of the study. "I accept that heavy rail is not the best option for the western leg of SmartTrack," he says.