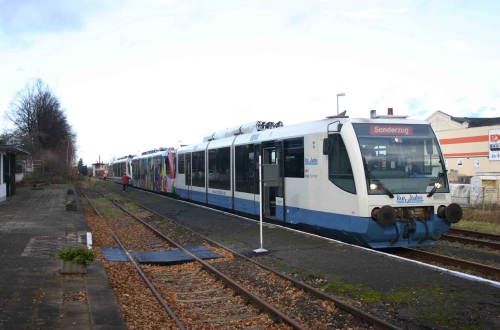 Regular weekend trains have been running on the line.

The five-year contract will represent around 161,000 train-km annually, with a two-hourly frequency planned at most times. From December 2023, NVR may increase the service frequency to hourly on a daily basis.

Passenger services on the line, which opened in 1864, ended in May 1983, although a local campaign to achieve re-opening has been underway since the late 1990s.

DB Network sold the 19.5km Düren - Zülpich section to Rurtalbahn in 2002 and regular summer weekend trains which began operation in 2007 between Düren and Euskirchen were initially supported by the campaign group and local authorities along the route.