TRANSPORT for London (TfL) announced on July 13 that it will order four additional nine-car class 345 Aventra EMUs from Bombardier to support higher frequency services on the Elizabeth Line, which will use the new east-west Crossrail link through central London. 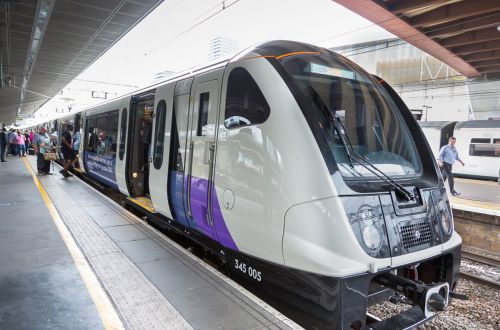 Off-peak services on the core section between Paddington and Whitechapel will be increased from 16 to 20 trains per hour, with two of the additional trains continuing to Shenfield and two to Abbey Wood.

At the western end of the route, peak services to Reading will be increased from two to four trains per hour, while Maidenhead will be served by six trains per hour instead of the four planned previously.

On the Heathrow Airport branch, Heathrow Terminal 5 will be added to the network, which means the Elizabeth Line will serve all terminals. Heathrow Central will be served by six Elizabeth Line services per hour from December 2019, with four trains continuing to Terminal 4 and two to Terminal 5.

This will also increase services to Ealing Broadway, Southall and Hayes & Harlington stations on the Great Western Main Line (GWML).

From May 2018, ticket readers will be installed at Heathrow, enabling passengers to use Oyster smartcards and other forms of contactless payment.

To accommodate the revised timetable, five Great Western Railway (GWR) services on the GWML will be replaced by Elizabeth Line services, although TfL says there will be no reduction in frequency or increase in journey time as a result of this decision.

The order for additional class 345 EMUs will take the Elizabeth Line fleet to 70 trains. The 205m-long trains are being assembled at Bombardier’s Derby plant.