Contractor sought to plan upgrades to single-track lines from Budapest to Lajosmizse, and Budapest - Veresegyház - Vác. 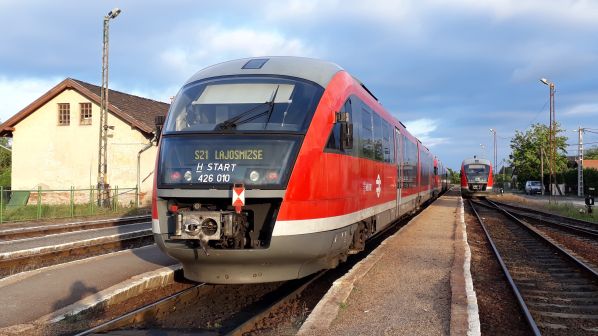 THE state-run Budapest Development Centre (BFK), responsible for development projects of regional or national importance in the Budapest area, announced a call for tenders for the planning work to rebuild the Budapest - Lajosmizse and Budapest - Veresegyház - Vác suburban lines on March 12.

In the Budapest Agglomeration Railway Strategy (BAVS), presented for public consultation in February, the two lines were identified as having the biggest potential to increase ridership following modernisation. Both lines are single track with several speed restrictions and the line to Lajosmizse is not electrified.

The aim is to increase line speeds to a minimum of 80km/h and where possible up to 120km/h, with track doubling on sections closer to the capital city to achieve headways of 10-15 minutes. Elsewhere, trains will run at 30-minute intervals. Stations and stops will support park and ride and bus facilities while the project will eliminate several level crossings and extend electrification from Lajosmizse to Kecskemét, which will support hourly services from Budapest-Nyugati to Kecskemét.

The winning contractor will conduct the complete planning process, including approval and construction plans and connecting documents. The construction plans need to be approved by 2022. The work is set to be financed by EU funds. Once completed, the project will increase capacity of the line to Vác via Veresegyház three-fold while traffic to Lajosmizse will grow by up to four times, eliminating thousands of cars entering the city each day.

Bidders can submit documents for one or both lines. The deadline for tenders or requests to participate is April 9 2021 and the winning bidder/s will have 26 months to carry out the work.