SPANISH infrastructure manager Adif has released its 10-year network statement for the “network of general interest” (RFIG), which proposes creating three high-speed packages in response to the liberalisation of the market following the introduction of the 4th Railway Package. 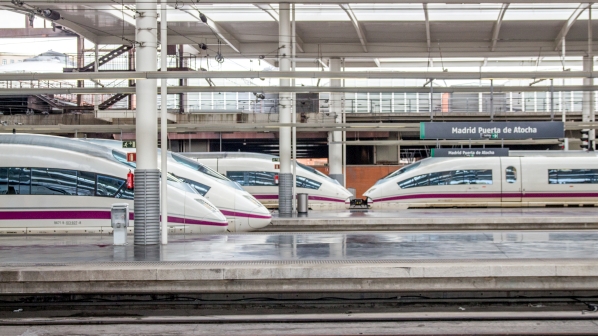 The plan will result in a 60% increase in high-speed network capacity by increasing the number of daily services from 119 to 189. Adif says this will be achieved through greater operational efficiency.

Under the proposals presented to the National Commission of Markets and Competition (CNMC) and operators on April 22, the first high-speed package will be similar to the services currently offered by national operator Renfe, with the second package offering the equivalent of around 30% of those services. The third package would be targeted at a low-cost operator.

Adif says the packages, which will guarantee access to the network for 10-year periods, will provide greater security for operators to allow important investments. The combined packages, which will come into effect from December 14 2020, will cover 70% of network capacity, with the remaining 30% allocated on a yearly basis.

The final declaration is due to be published on July 1, with operators able to submit capacity requests until July 31 which will then be announced on October 31.

The packages have been structured along three axes:

Adif says the framework agreements may be abandoned if the capacity requests do not exceed 65% of the offered capacity, which would result in a necessary coordination between candidates or the proposal of a new framework capacity offer.

CNMC confirmed on January 24 that it has given the go-ahead for Spanish infrastructure group Acciona to take a controlling stake in open-access high-speed operator Intermodalidad de Levante (Ilsa), which is planning to launch new services in competition with Renfe. French national operator SNCF has also expressed interest in launching open-access services in Spain.