THE European alliance of new rail entrants, AllRail, has called for changes to the way incumbent national railways run low-cost high-speed subsidiaries, which it says are unfairly stifling competition. 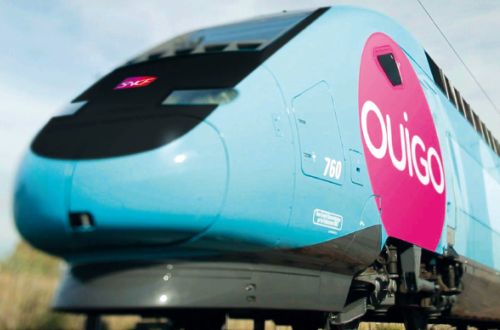 SNCF’s Ouigo services began operating in France in 2013, followed by Thalys’ Izy service between Paris and Brussels in 2016 while Renfe is due to launch its Eva service in Spain in 2019.

“While we welcome new innovation and affordable train fares, AllRail’s rail operator members believe that passengers benefit the most if there is fair and sustainable competition,” AllRail says in a statement. “Unfortunately, we do not think that this is the case.”

It says the Ouigo and Eva brands have enjoyed a major head-start, as the French and Spanish domestic markets will not be open to independent newcomers until 2020 and with incumbents already having large pools of high-speed rolling stock, AllRail says it is much easier for an in-house subsidiary to acquire second-hand, amortised trains than it is for an independent newcomer, which has to purchase new trains.

AllRail says in-house subsidiaries are also taking valuable slots at railway stations and maintenance facilities due to “Grandfather Rights,” leaving others to “make do with the leftovers.” Ouigo and Izy are offering low fares whilst being subsidised by state incumbents with record levels of debt.

“This is tantamount to state aid and a major market distortion,” AllRail says.

“Are Ouigo, Izy and Eva not just a means to prevent independent newcomers from entering the market?” asks AllRail secretary general, Mr Nick Brooks. “The incumbents’ new low-cost high-speed subsidiaries lead to unfair state aid and a barrier to entry for newcomers, which disadvantages passengers.”

AllRail says competition brings better efficiency and customer focus, as has happened in Italy following the entrance of privately-owned Italo in 2012.

AllRail’s members have called for changes including: