TRENITALIA has signed a €250m 10-year contract with AnsaldoBreda to maintain the fleet of 50 Frecciarossa 1000 (ETR 1000) high-speed trains being supplied by a consortium of the Italian manufacturer and Bombardier. 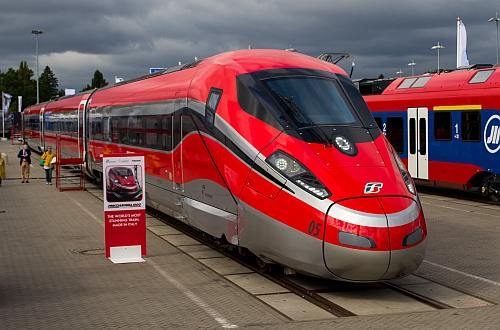 AnsaldoBreda will carry out preventative and corrective maintenance on the eight-car trains at Trenitalia depots in Naples and Turin.

The trains are due to enter service next year in time for the Expo 2015 universal exposition, which will be held in Milan.