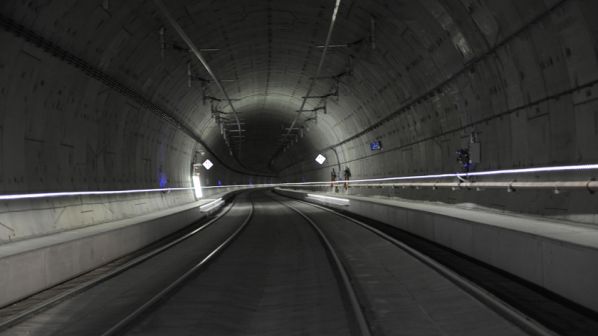 THE new standard-gauge tunnel between Atocha and Chamartín stations in Madrid will enter service on July 1 following approval by Spain’s State Railway Safety Agency (AESF), the Ministry of Transport, Mobility and the Urban Agenda (Mitma) has announced.

Connecting the high-speed lines serving northern Spain from Chamartín with those running from Atocha to Barcelona, Valencia, Alicante, Málaga and Seville, the new link will enable passengers to cross Madrid without changing trains and will reduce congestion on the approaches to the Spanish capital.

This has included quadrupling the first 28km of the Madrid - Seville route from Atocha to Torrejón de Velasco, at a cost of €734m.

Torrejón de Velasco is the junction for the high-speed line to Valencia and Alicante, and the four tracks from here to Atocha should provide sufficient capacity to meet the forecast increase in high-speed traffic, and particularly the extra services resulting from the opening up to competition of the Spanish high-speed market, Mitma says.

The new tunnel has been equipped with ETCS Level 1 signalling and GSM-R, while a new electronic interlocking has been installed at Jardín Botánico.

High-speed trains using the new link transition from ETCS Level 1 to the LZB signalling system in use on the Madrid - Seville route, Spain’s first high-speed line that opened in 1992.

Trains joining the high-speed line to Valencia and Alicante transition to ETCS Level 2, installed by Siemens in 2010.

National operator Renfe has opened bookings for high-speed services running on the new link from July 1.

These will include trains running from Oviedo and Gijón in northern Spain to Alicante and Valencia, and from Santander on the north coast to Alicante on the Mediterranean. There will be intermediate stops in Valladolid, Palencia and León north of Madrid and at Cuenca and Albacete to the south.