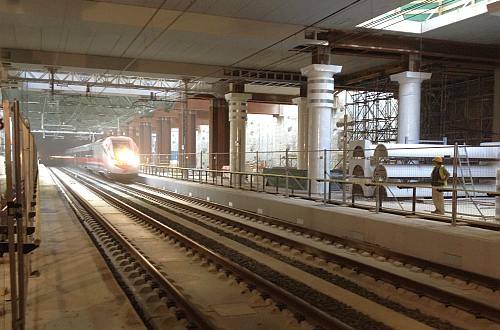 The 17.8km line, which is equipped ERTMS, runs north-south across the city and includes a 10km tunnel with a three-level underground station at Bologna Central. The station has two island platforms at a depth of 23m, with a passenger service area on the central level and taxi and car parking on the upper level.

The new station will open in December, and while stopping high-speed services continue to use the existing station, through trains have been diverted to the direct line, which has reduced the journey time for Rome Termini – Milan Central Frecciarossa services by four minutes to 2h 55min.