PROCUREMENT of a fleet of up to 60 trains for High Speed 2 (HS2) will be officially launched today by Britain’s secretary of state for transport Mr Chris Grayling. 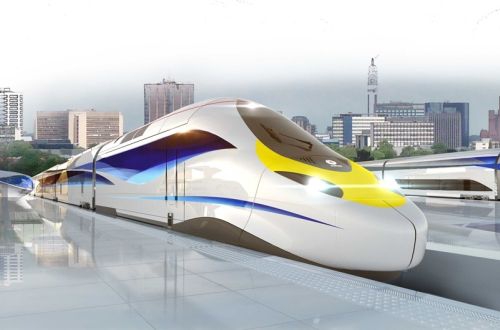 According to a Periodic Indicative Notice (PIN) published today by the Department for Transport (DfT), an industry day will be held for prospective bidders on March 27 and this will be followed by the launch of the Pre-Qualification Questionnaire (PQQ), which will provide further details of the specification of the trains. All 60 sets will be 'classic compatible' trains built to British loading gauge for operaion on the conventional network.

Bidders will be shortlisted following the PQQ stage and a formal invitation to tender will be issued next year. The contract, which has an estimated value of around £2.75bn, is due to be awarded by the end of 2019.

The fleet will be maintained by the manufacturer at a dedicated depot at Washwood Heath in Birmingham.

The Hybrid Bill authorising construction of initial 190km section of HS2 from London to Birmingham and a junction with the West Coast Main Line (WCML) near Lichfield is expected to receive royal assent next month, enabling preliminary works to begin in the spring. Phase 1 is due to open in 2026, while the 69km Phase 2a will extend the line north to Lichfield and Crewe by 2027. Phase 2b, encompassing the Crewe - Manchester section and the eastern branch to Leeds, is due for completion in 2033.