BRITAIN's chancellor of the exchequer Mr George Osborne announced on September 24 that HS2 Ltd has begun the prequalification process for seven major civil works contracts for the initial 190km phase of High-Speed 2 from London to Birmingham and a junction with the West Coast Main Line (WCML) near Lichfield. 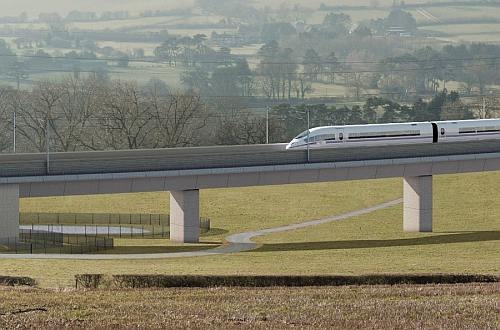 Procurement of the so-called main works packages is split into three stages, the first of which covers civil works. Tranche 2 contracts covering stations, and tranche 3 for railway systems will be tendered in 2016 and 2017.

Pre-contract notices have been published in the Official Journal of the European Union (OJEU) for the following tranche 1 civil engineering contracts:

A further contract covering connections to the WCML at the northern end of the route will also be tendered and this has an estimated value of £800m-£1.3bn.

In addition to these contracts, a contract notice is due to be published in the OJEU in the first quarter of next year for a notified body and designated body.

Osborne announced the tenders during a visit to China, when he confirmed that a HS2 partnering day will be held to explore the possibility of joint bids between British and Chinese contractors. The chancellor is also inviting Chinese participation in a new HS2 skills college, which is due to open in 2017.

Construction is due to begin on phase 1 in 2017 following royal assent of the Phase 1 Hybrid Bill, which is currently being considered by parliament.