BRITAIN's chancellor of the exchequer Mr George Osborne has called for the construction of a third high-speed line between Manchester and Leeds as part of a plan to create a "northern powerhouse" stretching from Liverpool to Sheffield and Hull. 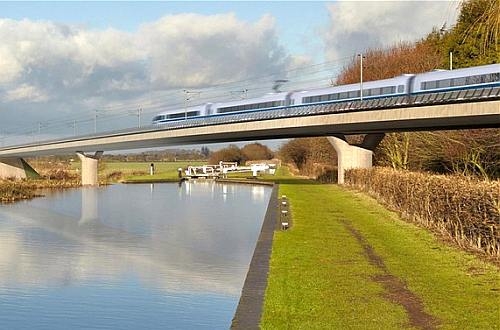 Speaking in Manchester today, Osborne said these cities have a combined population of 10 million and by linking them together with better transport links they would form a conurbation to rival London and other major cities in the world.

Osborne pointed out that current rail journey times are slow. Manchester is 69km from both Sheffield and Leeds, and the rail trip on both routes takes 50 minutes, which is much longer than in other parts of Britain.

One of the key elements in the proposal is to build a high-speed line – HS3 – between Manchester and Leeds. It could follow existing rail rights-of-way but would require new tunnels under the Pennines and a straighter alignment. With a maximum speed of 225km/h the new line would cut the Manchester - Leeds journey time to 30 minutes. The £7bn line would connect the northern extremities of the planned HS2 Y-shaped high-speed network, and Osborne would like the project to be considered as part of a review of the second phase of HS2.

"We need to think big," says Osborne. "We need an ambitious plan to make the cities and towns here in this northern belt radically more connected from east to west - to create the equivalent of travelling around a single global city. As well as fixing the roads, that means considering a new high-speed rail link."

Osborne says HS3 will be in addition to current projects underway, which include the £600m northern hub to develop the rail network around Manchester, and electrification between Liverpool, Manchester, Leeds and York. "I now want to hook up Hull to our national network too," he revealed.

In the meantime, Osborne also pledged that bidders for the new Northern franchise would be asked to include options to replace ageing and inadequate Pacer diesel railbuses with modern DMUs.