Eurostar is only carrying 5% of its normal passenger traffic. 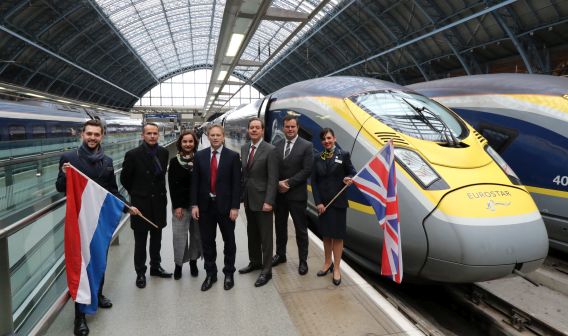 BRITAIN’s secretary of state for transport, Mr Grant Shapps, has dashed hopes for a financial rescue packaged for Eurostar which has been carrying just 5% of its normal passenger traffic since April 2020 due to the pandemic.

Eurostar, which operates high-speed rail services between London, Paris, Brussels and Amsterdam, has only received staff furlough payments while the airlines, its main competitors, have received substantial financial support from the British and French governments.

Shapps told the House of Commons Transport Committee on February 3 that Eurostar is “not our company to rescue.” The British government sold its 40% stake in Eurostar in 2015 for £757m to Caisse de dépôt et placement du Québec and Hermes Infrastructure. Shapps said that if Eurostar was a British -owned company then the government would probably intervene.

Shapps confirmed that he had discussed the subject with French transport minister, Mr Jean-Baptiste Djebbari, several times but set out the British government’s position that the onus on rescuing Eurostar lay with its majority owner French National Railways (SNCF) and by extension the French government. Shapps says he wants to “see a plan from SNCF” to rescue Eurostar.

Nevertheless, Shapps said the British government was “very keen for Eurostar to survive” and suggested that UK Export Finance might be available in some way to assist a rescue plan but ruled out leading or funding any state intervention.

In the meantime, Eurostar has made use of furlough schemes for around two thirds of employees and its shareholders have injected more than €400m into the company. Eurostar’s net debt was £335.6m in 2019 and is probably at least twice as much now as new medium-term debt facilities of €155m and £210m were agreed in 2020, with Eurostar’s trains pledged as security. In addition, £65m of debt due for repayment in 2020-21 has been deferred by agreement to 2022-2026.