The projects will add more than 800km to the national network. 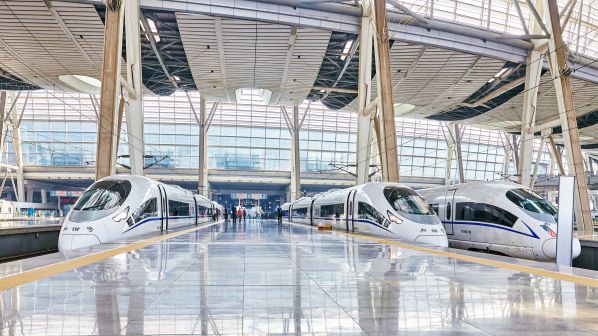 The project includes the construction of 446.7km of new line with 11 new stations, as well as a 90.2km line with three stations connecting Fan Kuai and Wanzhou via Kaizhou.

The line will have a capacity for 40 million passenger journeys per year. Construction will cost Yuan 123.7bn ($US ), including Yuan 7.4bn for rolling stock, over six years. Of this, China National Railway (CR) is providing Yuan 17bn, Shaanxi province Yuan 5.6bn, Sichuan province Yuan 21.6bn and Chongqing municipality Yuan 17.1bn.

The line will be equipped with the CTCS-3 signalling system,

The project includes a 150km link to Jinan, and 33km of other branch lines including a connection with the Tianjin - Taizhou high-speed line and the new inter-city line connecting Beijing with Tianjin's Binhai district, which is due to open in the autumn of this year.

Capacity will be 45 million passenger journeys per year, and the line is expected to take five years to construct at a cost of Yuan 114.5bn, including Yuan 5.4bn for rolling stock.

China’s railway network exceeded 150,000km following the opening of several new lines at the end of 2021, including various high-speed lines, taking the length of the high-speed network to more than 40,000km.