CHINA added nearly 700km to its high-speed network at the end of December with the opening of three new lines. 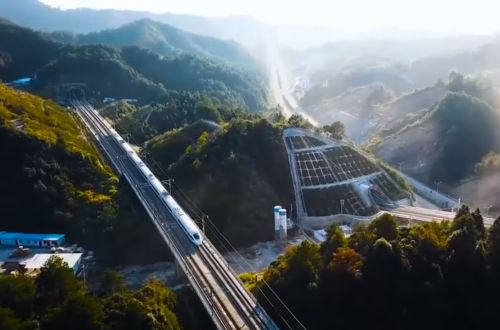 Construction of the 334km Quzhou - Jingdezhen - Jiujiang high-speed line was completed in less than four years.

The Jinan - Shijazhuang high-speed line provides an east-west link between the Beijing - Guangzhou and Beijing - Shanghai high-speed lines, while reducing the journey time between the capitals of Shandong and Hebei provinces from 3h 47min to 2h 9min. Construction began in August 2013 and the 319km line has a design speed of 250km/h.

Further south, another east-west high-speed artery has been completed with the opening of the 334km Quzhou - Jingdezhen - Jiujiang line. Construction began in January 2014 and the 10-station line has a design speed of 250km/h.

In Anhui province, commercial operations began on the short connection between Xiaoxianbei and Huaibei. The 27.1km line is designed for 250km/h operation.

• The National Development and Reform Commission, China’s top economic planning authority, has granted approval for the 286km Nanchang - Huangshan high-speed line. The Yuan 48.6bn ($US 7.47bn) railway will take four years to build and will have a design speed of 350km/h.